Warning! The Federation Surgeon General has determined that reading this Humor Archive without a good sense of humor may be hazardous to your health. To get a new sense of humor, or to upgrade your existing one, please consult your system administrator.

These five series showcased below are without a doubt the most hilarious parodies to be found on the internet today. All of these writers are true fans of Star Trek, but still love it enough to make fun of it in their own ways. These five series were published on various message boards that I have visited since 1999, and have archived here for the enjoyment of everyone. From the Male Captain Legion of Doom to Evil Braxton and the Evil Crew of the Evil Excelsior, from Berman and Braga to Khan ripping off of Austin Powers, you’re sure to be left rolling on the floor with laughter after reading these!

Not every author has the stamina — or is twisted enough — to maintain a long-running parody series. But that hardly means that the shorter series and stories are any less hilarious! Check out these parody miniseries collections listed below.

Star Trek Goes to the Movies 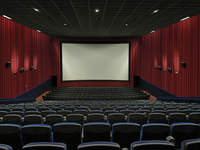 Jason has written an impressive series of parodies of most of the recent Star Trek movies. These stories make even the infamously awful Star Trek V tolerable. But then, how could parody not make it more amusing?

Star Trek V: The Funny Frontier
Captain Kirk has a very bizarre experience involving a Vulcan terrorist, Old Yeller, and God, who lives at Desilu Studios!
Star Trek VI: The Undiscovered Parody
Captain Kirk has never trusted Klingons, and he never will. If only he could remember why... (Written by Stephen Millard)
Star Trek: Degenerations
The movie is odd-numbered, and the situation is stupid. Sounds like fun to me!
Star Trek: Full Contact

The Borg have finally remembered where Earth is and renewed their invasion of the Federation. The only question is... is the invading ship like the one from “The Best of Both Worlds,” or “Descent”?
Star Trek: Insur-wreck-tion
The Dork reviews Star Trek: Insurrection as a public service for the internet. Not that anyone cares, though... 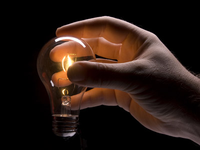 How many Starfleet officers does it take to screw in a light bulb? Peter takes a simple problem and blows it way out of proportion. Follow each of the five crews as they try to address the problem in their own unique ways.

“Who Shall Bring Us Light?” (TOS)
After a light bulb burns out in Engineering, Kirk, Spock, and McCoy must find a spare on a primitive planet.
“The Change” (TNG)
Will a 75-watt bulb serve as a suitable replacement for a burned-out 60-watt bulb? Only a holodeck simulation will reveal the answer!
“Beacon of Hope” (DS9)
What’s the difference between an incandescent bulb and a fluorescent bulb? A great deal, according to the Bajorans.
“Illumination” (VGR)
Nothing is more important for Voyager than finding a way home. Nothing aside from replacing a burned-out light bulb, that is...
“Radiant Orb” (ENT)
Vulcans on one side, Andorians on the other, and a broken bulb in the middle. A mining colony may hold the solution for Archer — but only if Hoshi can decipher their strange alien language. 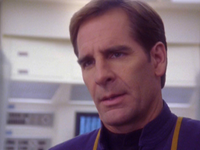 Everyone knows him as the inimitable author of The Voyager Coronary. But Tim Mohr also made a brief foray into the world of Enterprise. Prepare for more coronary-inducing misadventures!

Episode 1: “Broken Corn”
After Klaang the Klingon gets lost in a cornfield, Admiral Sherwood Forest sends Archer off to look for babes on Rigel X. Temporal Reagan and Temporal Gorbechev start the Temporal Cold War.
Episode 2: “The Flight is Right”
Phlox tries to show off a really healthy-looking worm, Hoshi sees dead people, and Reed can’t get the PlayStation to work properly! 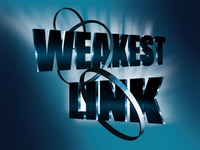 Cureboy is hardly the weakest link among parody writers! Tim combines the best of both worlds (and his two favorite television shows) to put on a set of very strange contests that are sure to cause heart failure!

The Weakest Link: The Voyager Edition 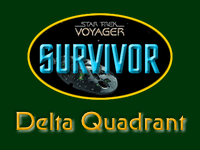 CBS’s Survivor made a huge splash when it first came out in the summer of 2000. And in many ways, the plight of the original show — being stranded in the middle of nowhere — had many similarities to Voyager. Heiwa took the next logical step, and created the hilarious Voyager: Survivor.

Episode 1
Meet the Tagi-ons, lead by Captain Janeway, and Team Seven of Nine, lead by Seven of Nine, as they try to make their way home from the Delta Quadrant!
Episode 2
The coffee shortage is becoming more serious for Kathryn, Naomi adopts a new mother, and another unlucky crew member is voted off the team!

Archive entries marked with the

badge have been rated “Absolutely Hysterical!”

These stories have been collected from across the internet over the years. Some of them I found in various other archives, or sometimes on fan fiction sites. Others were amusing stories or lists that made the rounds via email many years ago that I found languishing in my own records. Each has its own brand of humor, ranging from the silly, to the crude, to the completely ridiculous. Keep an eye out for the “AH” badge, and be sure to visit the restroom before you read any further!

The crew of the Enterprise meets a strange, fast-moving creature whose only words are “MBEEP-BEEP!” Naturally, havoc ensues.
The Borg vs. Bill Gates
Picard and his crew find a way to destroy the Borg that’s even simpler than that “unsolvable shape” puzzle.
How to Build Your Own Transporter
You, too, can send yourself from here to China in the blink of an eye!
What if Dr. Seuss Wrote for The Next Generation?
Perfect bedtime reading for young children.
Star Trek: The Next Generation Meets the Muppets

It’s a memorable meeting between latex-based alien lifeforms and felt-based alien lifeforms.
47 Things That Never Happen on Star Trek
Thankfully!
Create Your Own Star Trek Plot
At last, the Random Plot Generator used for years at Paramount Pictures is available to the fans!
A List of “Doctorisms”
A combined list of all the classic “I’m a doctor, not a...” comments in tribute to Doctor McCoy.
The City on the Edge of Spock’s Brain

What happens when you combine one of Trek’s best episodes with one of its worst? A coronary-inducing parody, no doubt!
The Star Trek Writer’s Construction Kit
Use the same tools the pros use! At least, the pros working in Hollywood... I can guarantee that I and my fellow Renaissance writers didn’t...
Who’s the First?

An affectionate homage to Abbot and Costello’s classic “Who’s on First?” routine.
“The Day the Ensign Died”
Dedicated to Ensign Harry Kim, the redshirt who just wouldn’t die.
The Hitchhiker’s Guide to the Borg
A mysterious starship called the Heart of Gold appears in the shuttlebay right in the middle of “The Best of Both Worlds.” Do these strangers carry the secret to defeating the Borg?
The Hitchhiker’s Guide to the Universal Translator
What does the galaxy’s most useful book have to say about that most implausible of mechanical devices?
25 Ways to Ruin Voyager’s Seventh Season
Written during the summer prior to the seventh season. Sadly, the real seventh season wasn’t that much better...
Star Trek Episode Guide
Capsule descriptions of all TOS episodes and the first three seasons of TNG.
Where No Beagle Has Gone Before...
The news about Captain Archer’s dog on Enterprise was leaked early, along with this image...
The Big Bird of Prey
Discover the weirdness of Flareite humor, following a comment about “Klingon Warbirds” that got way off track.
Larson-Style Cartoon
Fans of "The Far Side" are likely to enjoy this humorous image.
Just Where Did They Keep All Those Shuttles?
CaptainMike sheds light on one of Voyager’s darkest secrets!
“Ode to the Antares Class”
Fan Treknologists have wracked their brains trying to reconcile the many ships named Antares. CaptainMike pays tribute to the source of the problems.
Seven of Nine Tells a Bedtime Story

Ever wonder just what the Voyager crew would have done under the influence of the Psi 2000 virus?
A Star Trek Convention Schedule
Ever been to one of those Creation conventions? You can probably appreciate this list...
Star Trek Meets Windows 95

Bureaucracies never fail to make stupid decisions — which is why Starfleet orders the Enterprise to install Windows 95 on the main computer, to everyone’s chagrin.
Alien: The Next Generation
These are the voyages of the starship Enterprise... to seek out new life and new civilizations, and bring alien eggs on board!
The DS9 Monologues
Meet the replacement crew for the departed crew members of DS9 (including Wharf and O’Breen). Find out just what Star Trek and Star Wars have in common.
Upcoming Episodes of Enterprise
News of the long-rumored “Series V” gave rise to all sorts of speculation about what kind of stories a prequel series would bring.
The Prisoner
Seven is not a number, she is an individual! But if Janeway is Number Two, then who is Number One?
Unimatrix Zero: The Aftermath
Find out what really happened after Janeway was rescued from her idiotic mission to get assimilated by the Borg!
Klingon Forehead Ridges: The Real Story
While reciting the ancient tales of their people, Worf tells his son Alexander how the Klingons got the bumps on their foreheads, ending the mythical time of nOmacH uP.
If Microsoft Made Software for Starfleet...
Every Trek fan knows and loves the LCARS computer interface that has graced our screens for the last fifteen years. But what would happen if Microsoft started writing the software instead?
Submissions to You Can’t Do That On Star Trek!
Every long-time Trek fan on the ’Net knows of YouCan’t... here are my humble submissions, from back in 2000.
Enterprise Season 4 Special Edition
Paramount has announced the imminent release of a Special Edition DVD set containing tons of cut dialogue, revised scenes, and bloopers! Check the complete list here.
Dan’s Quarantine Memes
Like many people, I got a little loopy from isolation during the Great 2020 Quarantine. One of my occasional coping activities was to create silly meme images.

Engineering Specifications
This brief history of the chain of events leading to the development of the NASA space shuttle would probably apply to some Star Trek technology too.
How to Give a Cat a Pill
As the happy owner of two cats, this list of instructions was especially useful.
Rules for Stray Cats
If you’ve spotted a stray cat loitering near your apartment, this list is for you.
What If People Bought Cars Like They Buy Computers?
General Motors doesn’t have a “help line” for people who don’t know how to drive, because people don’t buy cars like they buy computers. But imagine if they did...
“Abort, Retry, Ignore?”
You’ve probably read “The Raven” by Edgar Allen Poe back in school. And if you’ve also had computer troubles, this poem is for you!
Things to Do if You’re an Evil Overlord
A duplication of the list compiled by Peter Ansprach.
Star Trek Minutiae’s April Fools 2001 Prank
Screen capture of an April Fools Day prank I pulled on my website in 2001. (We are the Borg. Your website will be adapted to service us. Resistance is futile.)
Star Trek Minutiae’s Bizarre Search Terms
People find my website while looking for the darnedest things.
Eliza the Automated Psychoanalyst
A silly conversation with Siri’s distant predecessor, Eliza the automated psychoanalyst, which was included in many UNIX systems.
Dr. Seuss Explains Why Computers Crash
Now, if only Bill Gates could stop computers from crashing!
Dimensional Warp Generator Needed
I think you’re shopping on the wrong planet, guy...